Millennial vs. Boomers (and some Gen Xers): Bridge the Generation Gap for a Productive, Harmonious Workplace 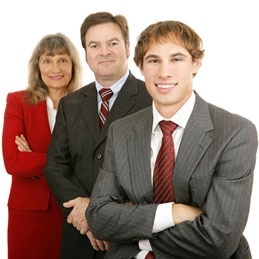 Senior BRODY training consultant Amy Glass was just featured in the spring 2013 issue of Selling Power Magazine, talking about coaching for the new generation of sales reps, the Millenials. Her interview got me thinking about the so-called generation gap, which has turned up as a hot topic lately.

Of course, every new generation is different than the ones that came before, but this new generation -- the Millennials, also known as Generation Y -- is different in different ways. They’ve grown up with vastly more pervasive technology, for example the ubiquitous cell phone that’s checked repeatedly thoughout the workday. They are used to texting continually, regardless of whether they’re on a date or in a meeting. And to them, this is normal and appropriate.

They also have various other workplace-related differences, which coaches and managers need to be aware of if they want to get the best out of their new hires. In days gone by, people were taught to respect their elders for no reason other than the fact that they have lived longer, and presumably amassed more life experience and more wisdom.

But for the Millennial generation, their attitude is slightly different. “You respect me and I’ll respect you,” is the prevailing feeling. Studies have shown that this generation seems to be experiencing more friction in the workplace with the Baby Boomers (and some Geneneration Xers) who are likely to be their bosses and managers, than previous generations. Except, of course, for the hippy generation back in the '60s. Those were the days that gave birth to the term “generation gap.”

In 2011, the Society for Human Resource Management (SHRM) published the results of a poll in The Fiscal Times. Their results showed that 47 percent of younger workers complained about older managers' resistance to change and a tendency to micromanage. Approximately 33 percent of older poll respondents griped about younger workers' informality, need for supervision, and lack of respect for authority.

In another survey released by the Pew Research Center, “79% of Americans say there are major differences in the point of view of younger and older adults.”

Well, I’d say that’s been the case since time began!

So, whether we label people as Baby Boomers, Generation X, or Generation Y/Millennials, the generation gap is alive and all too well, with potential financial and emotional consequences for all involved.

The question really is, how do we cross that gap?

Statistically, the older generation is still usually the bosses, managers and hopefully coaches for the younger.

Stay tuned in my next blog on Thursday for some generation-gap-busting tips...
(Spoiler Alert: good communication skills have a whole lot to do with it.)

Want to learn how to close the workplace generational gap and get the best from your new hires, regardless of their age? Check out our program: Bridging the Generational Gap.