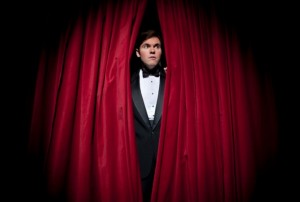 You might have seen the recent coverage of successful movie director Michael Bay’s ("Transformers") public-speaking debacle.

For those who have no idea what I’m referring to, Mr. Bay was hired by Samsung as a celebrity spokesperson for its new and innovative curved HDTV. He came onstage at the Consumer Electronics Show in Las Vegas and the teleprompter promptly failed, which is where the trouble started.

“I like to take people on an emotional ride,” Bay said about his films, gamely attempting to wing it. When asked how he thought the new TV, the Curve, would affect people’s experience watching his movies, he froze, apologized, and walked right off the stage.

Embarrassing -- and entirely avoidable, if he had been anywhere near as prepared for his role as spokesperson as he undoubtedly is when he shows up to direct a movie.

OK, let’s not get down on him too badly. He is, after all, not a public speaker, and I doubt he aspires to be one. Like many of us, he prefers to be behind the lens rather than in front of it.

You might not aspire to a public speaking career either, but there may be many times in your career that you’ll be called upon to make a speech or presentation of some sort, or speak up during a company meeting.

To avoid the Michael Bay Meltdown (as it’s being called), you need to first create a cohesive, compelling, and informative presentation.

But that’s not enough.

You must also know your material COLD.

But that’s not enough, either.

There’s a big difference between knowing your information, memorizing your facts, and being the expert in your field -- and delivering a successful presentation.

I’m sure Michael Bay knows everything there is to know about making movies, and he certainly has the box office track-record to prove it. But when it came down to talking about it in front of an audience, his knowledge, experience and all his expertise were nowhere near enough to carry him through.

It won’t be enough for you, either, and as this experience proved -- it’s extremely risky to depend on modern technology to carry your presentation. That goes for dependence on PowerPoint slides or teleprompters ... or any other kind of technology.

An emotional ride -- that’s how Micheal Bay described his movies.

To avoid the kind of unpleasant emotional ride he undoubtedly experienced after this disaster, you need to do one simple thing: practice.

Practice in front of a mirror. Practice in front of real people. Practice on video and watch yourself, no matter how awkward you find that experience. None of us like to see ourselves on video; apparently many well-known actors can hardly watch their own films. But I guarantee you’ll find watching yourself on video less awkward, less cringeworthy, less painful and less disastrous than freezing up in the middle of a presentation.

Practice shows you the parts of your presentation which need more work, and which parts to cut or move around.

Practice in front of others nets you important feedback. Practicing in front of a mirror shows you whether your body language is nervous and fidgety or confident and effective.

Presentations are both an art and a skill. To learn more, instead of settling down tonight with the remote and a DVD of the latest "Transformers" video, you might instead want to cuddle up with a cup of hot cocoa and my book, Speaking is an Audience-Centered Sport.