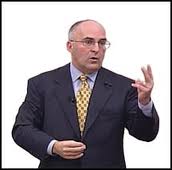 Did you know that people form an impression about you in only four seconds, according to an article on NBC’s Today.com?

Scary thought, isn’t it? Particularly if the people who are forming that impression are the ones who might hire you, promote you, recommend you, or fund your big project.

One of the biggest components of that first, four-second impression is your body language. Yes, there are people who study it and can tell you what every little fidget or twitch indicates about your state of mind. But the rest of us are aware too, just not as consciously.

It's likely that you don't consciously notice the difference between a woman who walks into the room with shoulders slouched, eyes down, twirling a lock of her hair, and slithering self-consciously into a chair -- or the one who strides in confidently, making eye contact, shoulders back, posture straight, and offers her hand in greeting.

Have you ever had any of these three thoughts?

“There’s something about that guy I just don’t trust.”

Well, it could be the fact that he keeps touching his face, which, according to body language expert Eliot Hoppe, signifies deceit or insincerity. Refusal to make eye contact also leads to this untrustworthy impression.

“He just feels arrogant to me.”

It could be that he’s wearing power colors such as yellow or red -- or, standing with his hands on hips, or pointing at you.

There are many things that would give this impression, from standing with arms crossed over one’s chest to touching one’s neck to inappropriate laughing.

Now, don’t get paranoid. (Because that will probably show up in your body language, too!)

Body language is just as important when you are making a presentation as it is when you are walking into a job interview. You’ve already got the job, but you want to keep it and advance up the corporate ladder.

Here are four body language pointers for presenters to remember:

For more pointers on using effective body language to ace your next presentation, check out my book Speaking is an Audience-Centered Sport: How to Create and Deliver Presentations that Make People Sit Up, Take Notice, and Beg for More!