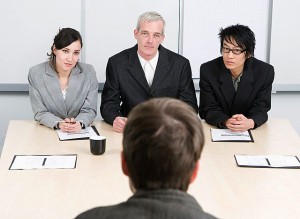 If you’ve done a lot of interviewing, you’ve likely already run across questions about your personality and character that are quite hard to answer. They are questions asked to tell the interviewer “inside information” about you, as opposed to the external information that’s on your resume.

One of the most popular interview questions, one that I personally like very much, is, “Tell me about a mistake you made in your business life,” usually followed by, “How did you handle it, what were the consequences?” and most importantly, “What did you learn from it?”

I’d like to suggest that honesty is definitely the best policy with this question. (No need to tell the interviewer about every single mistake you ever made, though. There is such a thing as too much information.)

Here’s why this question is asked, and why it’s so important: We’re all human and we all make mistakes.

When interviewing a candidate, I want to know how this person will react when he or she does make the inevitable mistake. Will he or she deny it or perhaps even try to cover it up?

Will the person take responsibility for it and try to take whatever steps necessary to fix it? Will he or she learn and grow from it? If a job candidate can't answer these questions about mistakes in an interview, it tells me that person may be irresponsible, not particularly honest, or perhaps not very self-aware. It also tells me that this person might be the type to blame others, and very likely the type who will not learn and grow as an employee.

In short, not the type of person I’d like to hire.

A friend had been a patternmaker for a dress manufacturer in New York many years ago. One day, some new dresses came in from the factory with a flaw that my friend immediately knew was her fault. She marched immediately into her boss’s office and announced, “Steve, I made a mistake. Please come and look at this.” She showed him the dress and explained what she’d done wrong that caused the flaw.

Her boss’s response? “You’re the first person I’ve ever worked with who ever actually admitted to making a mistake!” She received a raise shortly thereafter.

Of course, not every boss might react the way this one did. She might have gotten yelled at, demoted, or even fired. But my friend faced what she’d done, learned to be more careful, and received no inner collateral damage. In other words, her self-esteem remained intact, as opposed to the erosion that would have occurred if she’d pretended she didn’t see the flaw, didn’t know how it happened, denied it when questioned, or blamed it on someone or something else.

If you’ve never run into the “mistake” question in interviews, or you’ve always been uncomfortable in answering it -- now’s your chance to really give it some thought and come up with an answer that will impress your interviewer with your inner character, and allow you to learn and grow from your mistakes.

Perhaps all it takes is a little shift in attitude. Instead of considering mistakes something to be swept under the rug, perhaps view them as gifts that can propel you along your career path and help you become a stronger, more honest, accountable, and courageous person.