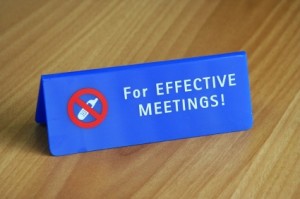 Do you enjoy hearing the intimate details of complete strangers’ lives while you’re shopping, waiting for a movie to start, eating out, or simply walking down the street enjoying the spring weather?

I sure don’t. And it fascinates me that the same people who would never tell you these details don’t seem to care how loudly they’re speaking while on their so-called smart phones. Doesn't sound too intelligent to me. They don’t seem to care who’s listening or whether or not they’re annoying other people. Of course, the worse the connection, the louder they have to speak.

I do enjoy the convenience of being connected wherever I go, so I suppose we have to take the good with the bad. But what happens when we get so used to shouting into our cell phones about anything and everything that we lose all sense of appropriateness, even in business situations?

A national survey conducted earlier this year by the USC Annenberg Center for the Digital Future and Bovitz Inc. shows that what we consider bad cell phone manners (use during meals, at meetings, etc.) often relates to our age.

You can see the full survey results here.

This survey's results certainly provides food for thought if you're in the younger group of respondents. Think about it -- how likely is it that your manager or other higher ups are in the older demographic, and consider your cell phone behavior to be out of line and disruptive to business?

Along with the rise in popularity of cell phone have come some pretty inconsiderate and annoying behaviors on the part of their users -— behaviors that can become career-limiting moves.

Have you ever been in a meeting with someone who kept getting calls and answering them. The first time they say, “Sorry, I have to take this call,” it sounds like it might be important, but after that it just starts to seem self-indulgent, rude, and self-important.

Who would have thought that new technologies might require new rules of etiquette? They don’t really, they simply require thoughtfulness and common sense!

As career-limiting moves go, poor cell-phone etiquette is just one of the many offenders. Read more in my book, Help! Was That a Career-Limiting Move?