Maya Angelou Passes, but Her Ability to Inspire Lives On 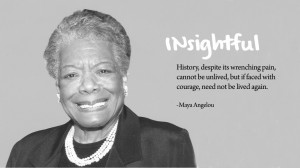 We mourn the loss of legendary author and trailblazer, Maya Angelou, who died this week at age 86.

As the owner of a woman-run business -- in a business that trains professionals to reach their dreams -- I hear a lot about the glass ceiling for women, and women’s limitations... whether self-imposed or not.

Ms. Angelou never let anything hold her back.

I admired her not just for her incredible literary talent, but because she was a crusader, a woman who was not afraid to go where others had not yet gone.

I also admired her for living a courageous life, for overcoming the harshest of adversity, and for being an inspiration to millions.

Of course, we cannot all be legends. However, I do believe there is much to be learned from the life of this extraordinary woman. Here are just a few of her many accomplishments:

Ms. Angelou’s awards and honors go on and on. Click here to see the full list -- which includes her most famous contribution to literature, I Know Why the Caged Bird Sings.

It’s been said many times that we all have our hurdles to overcome, but I suspect few reading this blog post have surmounted the long list of challenges that Ms. Angelou rose above. Her story is the story of a woman who thrived by being and living the truth of who she was.

This quote by Ms. Angelou shows her character in no uncertain terms: "I want to write so well that a person is 30 or 40 pages in a book of mine ... before she realizes she's reading."

As I mentioned earlier, we can't all be legends, recognized by Presidents.

I do believe that we can all strive for excellence in what we do.

We can strive to make a difference -- in work and life, never letting anything hold us back from achieving greatness.

We can strive to be an inspiration in our own, personal way, but living our own truths and never giving up.

How has Maya Angelou’s life or her legend or her accomplishments affected you? Let me know in the comments.